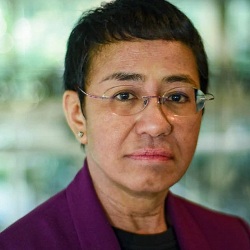 Freedom Forum has been concerned by the Philippine government order to shut down Rappler, a news organization of Nobel Peace Prize laureate and noted journalist Maria Ressa.

The Securities and Exchange Commission (SEC) of the Philippines on June 28th decided to revoke the license of the news organization for violating foreign ownership rules of the nation. It is the second time the SEC has revoked its operating license. The organization was revoked for the first time in 2018 for the same reason.

The domestic law of the Philippines prohibits foreign ownership in mass media companies. Rappler has denied the charge of SEC and has called it a result of highly irregular proceedings. In respose, Rappler has decided to file an appeal against the SEC order.

The order to shut down Rappler was issued two days before the end of President Rodrigo Duterte’s term. Rappler has been continuously advocating free speech and free press, and criticizing tyrnical rules in Philippines for long.

Along with Rappler, Maria Ressa has been subject to continuous state harassment and intimidation over her reporting. Several legal actions are initiated against her ranging from cyber libel, tax evasion, and series of civil and criminal cases.

“Freedom Forum pays solidarity to Maria Ressa and Rappler for their fight against the revocation of license. This form of politically motivated attack over the press is a threat to democracy. Free press is a prerequisite for rule of law, participatory democracy and accountable government. Freedom Forum joins its voice with global to call newly elected president Ferdinand Marcos Jr to null and void the order of revocation. Freedom Forum urges all concerned authorities to uphold press freedom”, Taranath Dahal, the executive chief of FF observes.