You are at Home Govt’s Jaundiced Eye on FoE 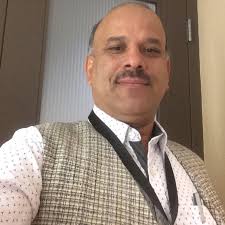 The atmosphere for the healthy practice of freedom of expression and information in Nepal has neared the depths of despair in Nepal. At a time when the government has practically mounted adversity to the freedom of expression and press freedom by escalating censorship, capturing State-run media and luring reporters with money and advisory posts to hide irregularities from across the country, its policy level adventures are also unimaginably damaging to the democratic achievements Nepal has made so far. Blatant lies from the responsible persons including the minister, snobbery and gross disrespect to media’s role while seeking utmost veneration to political leaders from the media persons at the same time not only shows gross contradiction but also exposes how Nepali media is to suffer worst at the hand of a single party (ruling party) authority. The diktat to write, or not to write any issue of public concern has become new normal.

Irrespective RTI activists, the unrelenting concern showed by the FoE practitioners, rights defenders, media persons, technical activists towards the Information Technology (IT) Bill, the government minister and the political leaders are making efforts and threatening publicly of passing the IT Bill as it is. It is laudable that the Bill has been brought to develop the IT sector. It is need of the hour indeed. The atmosphere for technical innovation and information spread is much sought for boosting the country’s economy. However, some provisions that undermine the value of openness, transparency, security in the use of internet and technology resulting in sheer curtailment and violation of citizen’s right to FoE can not be compromised at all.

The IT Bill, which is currently at the Development and Technology Committee of the House of Representatives, is to replace various laws including the Electronic Transaction Act (ETA).

Many lawmakers showed reservation. But the government is adamant to pass the bill as it is, showing some incidents- misuse of photos on Facebook. The government is sticking to the negative side of social media, being blind to its other positive sides where FoE is promoted, privacy is protected and technical innovation thrived. Instead of making a robust mechanism to make aware the populace about the broader regime of internet and technology via formal and informal educational programs across the country, the way the government is imposing harsh law is sure to increase the case of unjust arrests, detainments, and cyber cases. It has been reported much that Article 47 of the Electronic Transaction Act (ETA) 2006 was/is often misused to torture, common citizens and journalists. But the provisions even harsher than that of ETA in the IT Bill warrant attention and analyses.

It is true that Nepal needs numerous laws to fit the changed political and governance system- the paradigm shift. The State functionaries can not work effectively for lack of policies and laws that meet the aspiration of people and spirit of the constitution. The issues ranging from FoE to innovation and business fall under the IT regime. The growing penetration of internet- nearly 60 percent- coupled with the expansion of IT infrastructures is significant prerequisite to foster internet governance and e-governance. However, the jaundiced eye of the government at present with harassing and harsh provision as – giving internet service providers sole authority to regulate internet contents, compulsory registration of social networking sites as Facebook and Twitter, Apps like websites, re-registration of the websites running previously and keeping the violation of these rules to be dealt under criminal law rather than the tort law are signaling that FoE on internet and digital platform would be more guided and controlled in the days to come. Similarly, providing authority to the IT Controller to access citizen’s data/information on digital platforms shows that citizen’s privacy would be breached at any time the IT Controller wants. Due procedure, serious need and Court’s permission must be considered before tracking anyone’s data.

Abhorring that the Communications Minister pressed the parliamentary committee to immediately finalize the discussion and forward the Bill to the parliament for its passage, some days back. It is an egregious interference with the parliament’s right. Parliament is the supreme and ultimate place to make and amend laws, but such pressure is unwarranted and shameful indeed. The vague words used in the IT Bill in the name of nationalism guided by single party pomp and activities inciting hatred and disharmony, harsh punitive measures would undoubtedly damage the entire internet ecosystem in Nepal. Time has come for the multi-stakeholders ranging from civil society organizations as FF, media persons, researchers and innovators to come together to foil the ill efforts that have direct impact on the country’s system. Nepal believes in openness and liberalism, not authoritarianism.