You are at Home Implementation of laws governing media a major challenge in federal structure, stakeholders stress.

Freedom Forum conducted a dialogue- Implementation of media rights in Federal, Province and Local level- through online platform zoom on September 18. Around 40 experts from diverse sectors including media, media advocates, civil societies and academia from different provinces of Nepal participated in the discussion. 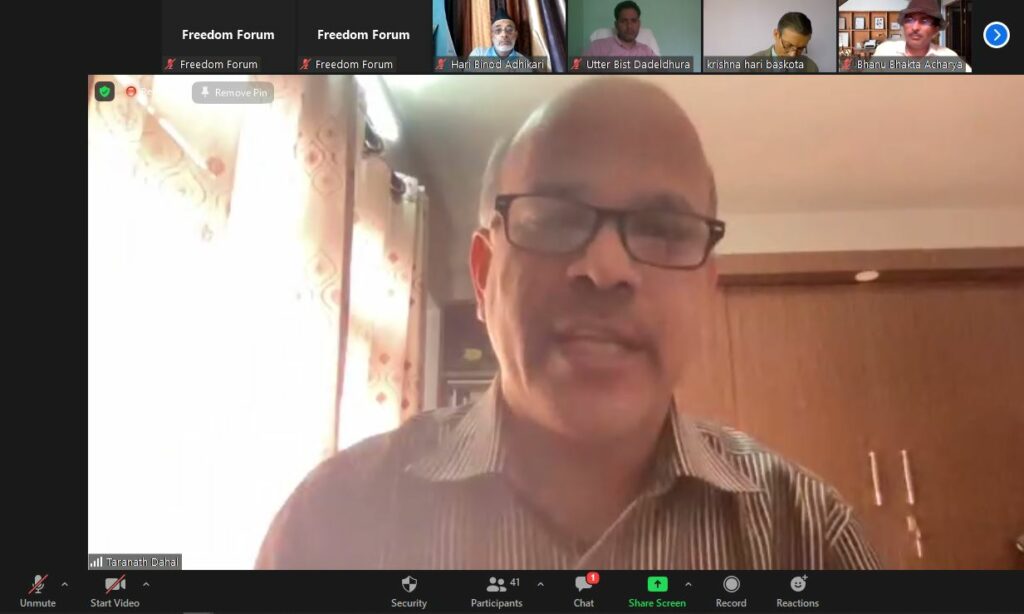 At the program, Executive Chief at Freedom Forum, introduced about the current status of implementation of media rights in different parts of the country. He shed light on his own research on the provisions of right to freedom of expression and free press in the constitution and major threats to the media and its rights in Nepal.

He also pointed out the international norms on freedom of press and expression which also regulate our existing laws. He also expressed worry over current threats to the media freedom along with unclear division of authority at three levels federal, province and local levels. This confusion has led to misuse of the laws governing media rights. 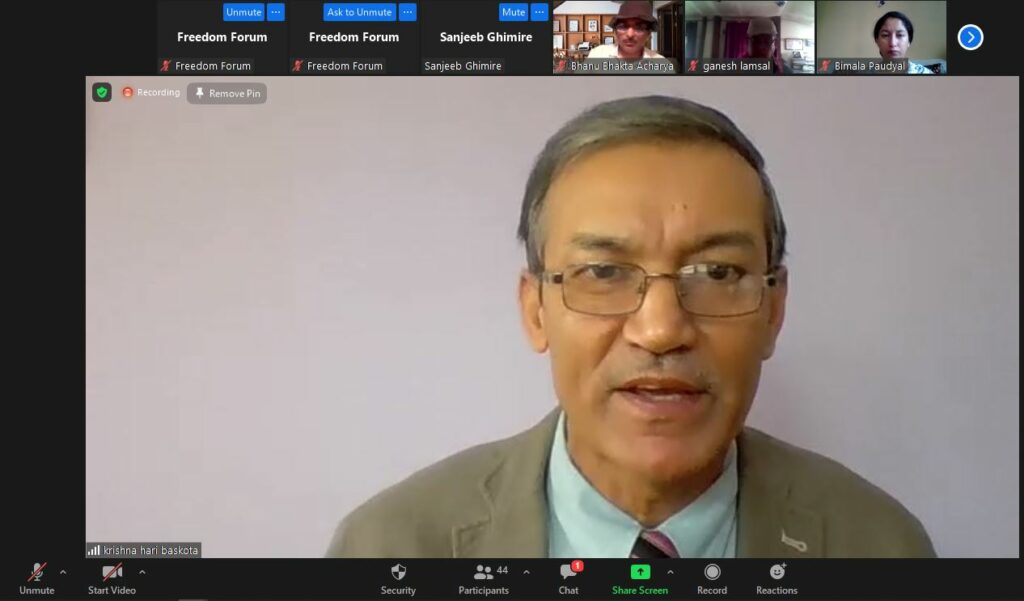 Stating that the report has come up with relevant analyses to the present context, Krishna Hari Banskota said that the law-making authority should be strengthened first and then its implementation.

Policymaker at Province 1 Jay Ram Yadav stressed that present challenge to its implementation is political affiliation of the media itself. The study has come at right time which is useful to prod the government for effective implementation of the laws regulating media.

Advocate Sanjeeb Ghimire claimed even though the constitution has delegated 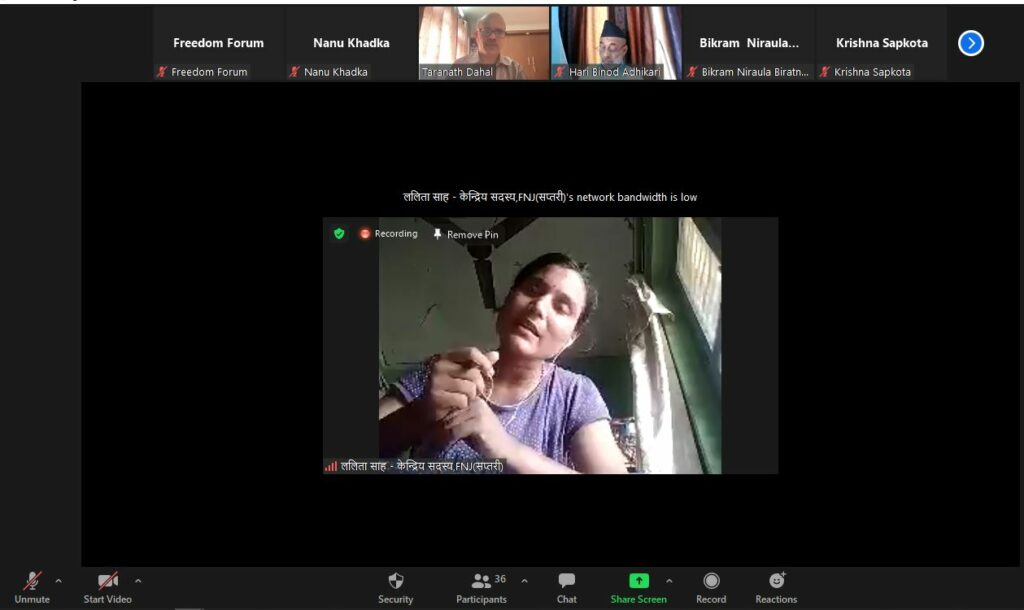 authoritative power to all three levels but the law-making process shows structural overlapping. Capacitating local levels to use their delegated power is the utmost need, he stressed. 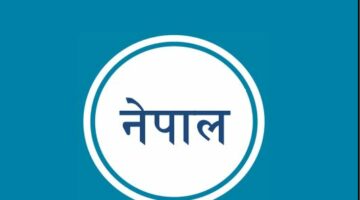 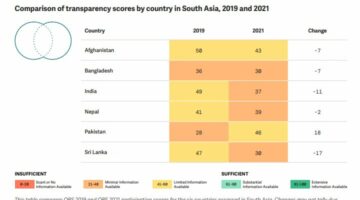