You are at Home Internet Governance: A Novelty in Nepal

Internet Governance: A Novelty in Nepal

After I participated in the ninth meeting of the Internet Governance Forum (IFG) held in Istanbul, Turkey last September, I became preoccupied to know more on internet governance: what actually is it and how the developed and the developing countries are working on it. The ninth IGF really prodded me to study more on this new topic- very new in Nepal in deed. So, when I finished cursorily reading of the materials I had collected from the IFG, I visited one of the most visited and modern book stores in Kathmandu, but could not find any book on this subject. The proprietor at the bookshop said that, long back, there was a book on cyber law, but currently, it was out of stock.

This not only vexed me but helped hone the thirst to collect any materials I could find on the internet governance and holed up for study.

Giving substantial time, I came to know some of the essentials of the internet governance. I think if it is shared on time, it would in deed serve the interests of many like me who are desperate to know on this very new area.

Before mentioning further, it would relevant here to share another bitter incident: I also visited a senior government official and talked to him if there were some resources in his office or any persons with knowledge on this topic, he flatly belittled the topic and narrowed it to the ‘e-governance’, saying internet is just a means. Important is the governance. Although he was that wrong, his views clearly indicated he had no knowledge of it. Anyway, this incident also made more curious on the topic, which ultimately led me to request a foreign expert on differentiating between internet governance and e-governance.

It is not unfair to say that as internet itself is a new term to most of the population, and a slowly developing issue for the aware ones, the internet governance is obviously a very new genre in Nepal. So, there is no denying that if it is known too, its knowledge is limited in the very technical level.

Yes, the internet governance is a vast regime which incorporates not only pure technical area of information and communication technology and techniques, but also the policy making, economy and business, the socio-cultural dimensions as human rights, freedom1 of expression, internet freedom1, data protection, privacy and laws. The question of who governs and manages the internet is a policy level issue while how the internet functions is a pure technical aspect. Similarly, who benefits from internet and internet governance is the people from across the world. People are both users and customers of the internet. The aspirations of the users of internet determine the internet governance. And the aspirations are diverse. The views of the people on internet are not only the opinions, but also the debates, business, commerce and trade, diplomacy, advocacy, pressure and campaigning, programmes.

Different people from different professions have understood internet governance giving more emphasis on their sector. For example, the technologists and the information and communication experts may focus more on the pure technical issues as root server, internet protocol, infrastructure for internet, domain management and registration and other software and hardware parts of the computers to relay internet data. On the other hand, the government staffs focuses on how the government delivery is reached through internet as with e-governance or the need of infrastructures for easy, fast and accessible internet; filtering of data or web content to prevent any bad events and others. Similarly, the legal practitioners and human rights defenders argue for internet freedom1, protection of freedom1 of expression in internet

It therefore easily reflects the vastness of internet governance. To this, a diplomat, internet governance expert and the writer of the book “An Introduction to Internet Governance“, Mr Jovan Kurbalija, from Switzerland, states, “The Internet governance regime is complex as it involves issues, actors, mechanisms, procedures, and instruments. It is too complex to be strapped inside a corset of coherence, non-contradiction, and consistency. Flexibility and being open and prepared for the unexpected, might be the better part of Internet.”

Now, what actually the internet governance is? It may dog you. The World Summit on the Information Society (WSIS) in 2003 defined internet governance as “the development and application by Governments, the private sector, and civil society, in their respective roles, of shared principles, norms, rules, decision-making procedures, and programmes that shape the evolution and use of the internet.”

The above definition clearly indicates that the internet governance has drawn the attention of the people from different walks of life- law, policy, social sciences, technology, economy and socio-culture from both developing and the developed countries of the world.

Connected to this, the cyber space is worth mentioning issue here. In his famous Declaration of the Independence of Cyberspace, John Perry Barlow said: “The internet is inherently extra-national, inherently anti-sovereign and your (states’) sovereignty cannot apply to us. We’ve got to figure things out ourselves.”

2003-2005:      The World Summits on the Information         Society in Geneva, and Tunis respectively. These summits officially placed the question of internet governance on diplomatic agenda.

2006: The establishment of Internet Corporation for Assigned Names and Numbers (ICANN) and its internationalization efforts. The first Internet Governance Forum (IGF) in Athens. The IFG is United Nations mandated multistakeholder event with the participation of the state, private sector, society, business persons, technologies, legal practitioners, computer engineers and others.

2008: Internet governance became a huge focus during the campaign of the first election of Barack Omba’s Presidency of the US. Obama’s extensive use of internet for election campaign brought sweeping change, so that issues on internet governance were whetted and stirred. Also it helped to internalize the ICANN.

2009: The Obama government mulled more on internet governance. His government pushed for the implementation of the principle of network neutrality in accordance with the promises made during his election campaign. At the same time, the US supervisory role of ICANN opened various issues like international position of ICANN and supervision of the ICANN’s activities. Same year, the future of the IGF was discussed during the IFG held in Sharm el Sheikh, Egypt.

2011: Internet governance became the political agenda. Various other burning issues as climate change and food security were linked to it. Even the mega media gave large space for this.

2013:   The Snowden revelations on various surveillance programe run by the US National Security Agency (NSA) entered the debates on global digital politics.

Used a lot in this feature, it is good to know what ICANN is. On this, the website of the ICANN writes, “ICANN is responsible for coordinating the names and numbers that relate to Internet addresses, but does not register domain names with the exception of .int (used for intergovernmental agencies with international treaties).” Wiping out confusion among many as ICANN Is the organization that “runs the Internet,”, it says, but the fact is ICANN plays a high level, important but limited role in how the Internet is organized.

ICANN is the US based organization that manages the domains across the globe, but is does not filter, or block internet website and contents. Despite this, how to run the ICANN is also debated among many countries. Some are arguing the US is playing the highhanded role on ICANN.

Like ICANN, there are several other organizations and the systems that are linked to the internet governance.

It is true that here is not any person, no organization or the government to control the internet. All people across the globe are the owners of the internet. The world without internet is unimaginable at now.

Talking on the internet governance, one must not miss to mention on the IFG. The IGF since 2006 is being held every year. It was begun from the first from Athens 2006 and the recent one was in Istanbul in September 2014. For 2015, the IFG is being hosted by Brazil. It is in deed a huge platform to discuss multifarious issues and problems in the technology and policies on the internet governance ranging from cyber security to human rights, internet freedom1, protection of children from cyber abuse, internet business and internet politics.  Similarly, it is a multi-stakeholder, democratic and transparent forum which facilitates discussions on public policy issues related to key elements of internet governance as the internet’s sustainability, robustness, security, stability and development. It is the UN-mandated body.

The ninth meeting of the IFG I participated in was held with the theme of “Connecting Continents for Enhanced Multi-Stakeholder Internet Governance”. The venue was held at the Lutfi Kirdar International Convention and Exhibition Center of Istanbul, Turkey. It was opened with the address from Deputy Prime Minister of Turkey and Minister for Minister for Information Society and Telecommunications Vujica Lazovic. In his address, he said a nuclear family nowadays meant parents, two children and internet. He however cautioned of the cybercrime through the internet.

Ministers from different countries, including UN Assistant Secretary-General for Policy Coordination and Inter-Agency Affairs, Thomas Gass, addressed the opening session of the IGF.

As many as 3,000 people representing different governments, civil society organizations, internet rights advocacy groups and others assembled and discussed on the themes and sub themes of the meeting as polices enabling internet access, content creation, dissemination and use, internet as engine for growth and development, IGF and future of the internet ecosystem, enhancement of digital trust, internet and human right, critical internet resources and other emerging issues.

On the occasion, various speakers expressed worry over not having atmosphere conducive on internet freedom1, but growing mass surveillance, monitoring and filtering of internet contents in the developed countries, including the host nation.

Even the Turkey was criticized for banning social media as twitter and YouTube reasoning cybercrime, but has lifted recently.

The IGF mandated till 2015 by the UN is also criticized by many that reasoning it was functioning as no more than a talk show, and failed to bring any tangible development with concrete work plans. In the ninth IGF too, many journalists and nationals even from within the hosting country Turkey had criticized it for its mere talk show nature. Talking lofty but following little by different countries including the super powers on internet freedom1 and network neutrality was one of major concerns they raised. Anyway, it was/is a huge platform to share the views and experience of problems and practices on internet governance from across the globe.

What Nepal Can Do?

Also to be clear, internet governance is the best tool to augment the e-governance. E-governance is chiefly the paper-less delivery of service by governments or any organizations to their customers, and service seekers; while the internet governance is a vast regime, and multi-national system. It is not about mere technical gizmos but the catalyst of the fast globalization and internationalization. 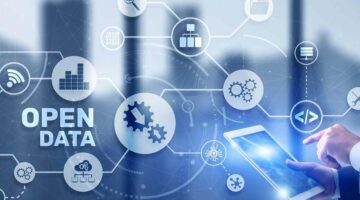