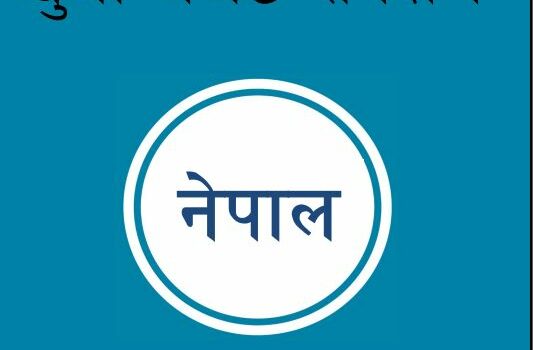 Nepal slide down to 77th in ranking in 2021 from 65 in 2019 in the open budget survey according to the International Budget Partnership’s (IBP) latest Open Budget Survey indicating the decline of public access to budget information.

“Against the background of democratic backsliding, the pandemic has led to the first rise in global extreme poverty in a generation, and inequality is soaring. The wealthy have become wealthier, while the excluded, especially women and marginalized communities are bearing the brunt of the fallout” said Warren Krafchik, Executive Director of IBP. He Further added that Governments need to open up to public dialogue around how best to manage scarce public resources if we are to meet these challenges as well as inclusion can yield democratic & equity dividends in this time of great need and great disruption.

Worldwide, no country, among the 120 assessed, meets the minimum standards of score above 60 for adequate accountability on all three measures .i.e. Budget Transparency, Public Participation and Budget Oversight. Nepal has decreased the availability of budget information by failing to publish key budget documents, mainly pre-budget statement (PBS) and Citizen Budget as well as Year-End Report (Published Late) that would clearly explain budget policies, decisions and outcomes, according to the 2021 Open Budget Survey Nepal summary report.

As research by IBP and other organizations demonstrates, open budgets offer a promising pathway for countries to thrive socially and economically. They can restore trust in governments and strengthen frayed relationships between public institutions and the people they are meant to serve. The OBS 2021 survey provides a telling snapshot of current Nepal’s practices related to budget disclosure, opportunities for public engagement in the budget cycle, and effective checks and balances. The Measures of Open Budgets: Budget transparency is assessed in the OBS by the public availability and contents of eight key budget documents that all governments are expected to publish as per international standards. Specifically, the survey examines whether they are
published online in a timely manner and the information is comprehensive.

Oversights measured based on the role played by legislatures and supreme audit institutions (SAIs) in the budget process.
 A score of 61 out of 100 is considered adequate oversight and global average is 52.
 Nepal scored 44 on budget oversight

Nepal government could quickly improve the situation by –
 Publish the Year-End Report online in a timely manner.
 Produce and publish a Citizens Budget online in a timely manner, and publish a glossary of budget terms alongside the Executive’s Budget Proposal to improve budget literacy
 Publish the Medium Term Expenditure Framework at least one month before the Budget Proposal’s submission to Parliament, and ensure it is aligned to the annual budget process.
 Include in the Executive’s Budget Proposal forward-looking multi-year estimates for expenditures and revenues, and align it to the Medium Term Expenditure Framework.
 Improve the comprehensiveness of all implementation reports by publishing disaggregated, machine-readable budget execution data.
 Consider the National Strategy for Public Engagement in Public Financial Management, which was published jointly with the PEFA secretariat and Freedom Forum after extensive consultations with civil society.

Nepal’s Federal Parliament provides weak oversight during the planning stage of the budget cycle and weak oversight during the implementation stage. To improve oversight, the following actions should be prioritized.
 The Executive’s Budget Proposal should be submitted to legislators at least two months before the start of the budget year.
 Legislative committees should examine the Executive’s Budget Proposal and publish reports with their analysis online.
 A legislative committee should examine the in-year budget implementation and publish reports with their findings online.
 In practice, ensure the legislature is consulted before the executive shifts funds specified in the Enacted Budget between administrative units or reduces spending due to revenue shortfalls during the budget year.
 A legislative committee should examine the Audit Report and publish the report with their findings online.

IBP first launched the survey in 2006 with the goal of assuring that all citizens, especially those from underserved communities, have the opportunity to understand and influence how public money is raised and spent. Data are collected by independent civil-society budget experts who are not beholden to any national government. Their findings are reviewed by anonymous peers, and representatives from the assessed governments are offered the opportunity to review and comment on the findings.

Please visit https://internationalbudget.org/open-budget-survey/country-results/2021/nepal for more details.
The reports can be downloaded in both Nepali and English versions here.