You are at Home Effective implementation of RTI to achieve SDGs

Freedom Forum conducted one of the important sessions of the Nepal Peoples Forum 2022 on SDG 16+ – ‘Access to Information and Fundamental Freedoms’ on August 5, 2022 in Kathmandu. It was a hybrid event- both in-person and virtual with zoom platform.

Total 44 participants including National Information Commissioner, representatives from nationwide networks of Right to Information, civil society, media and SDG network participated in the session and shared their views on current status of the implementation of RTI. FF’s  media  monitoring  coordinator Narayan  Ghimire  moderated  the  session. 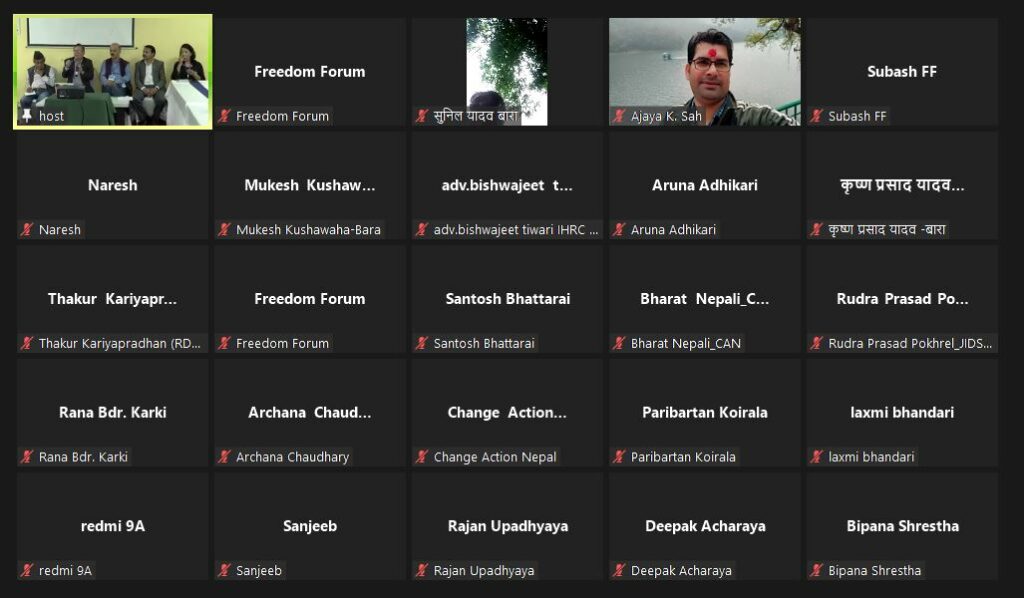 Highlighting the objectives, Freedom Forum Policy Advisor Mr Krishna Sapkota said the event was organized to review the progress on the implementation of SDG Goal 16 (10.2.) i.e. access to information, to discuss the key issues and challenges and find out possible ways to achieve national targets.

He also highlighted a brief global update on progress on SDG 16.10 relating to the RTI in the last year citing reference of the Article 19- a global organization working to defend the freedom of expression.

According to the report, three countries adopted the RTI laws for first time – Andorra, Gambia, and Venezuela; around 36 countries had pending legal initiatives or bills; 96 countries also have a specific constitutional right to information, and in total, 25 countries adopted RTI laws and 4 adopted decrees/regulations since the adoption of the SDGs in 2015.

As shared, 126/193 UN member states now have laws, another 7 have official decrees/regulations requiring the disclosure of information, covering around 91% of world population.

Similarly, delivering opening remarks, SDG National Network Coordinator Mr Daya Sagar Shrestha called for the session to focus on critical review of the freedom of expression as efforts were taking place of late to encroach upon fundamental freedoms, including civic and political freedoms of the citizens in the name of law-making. 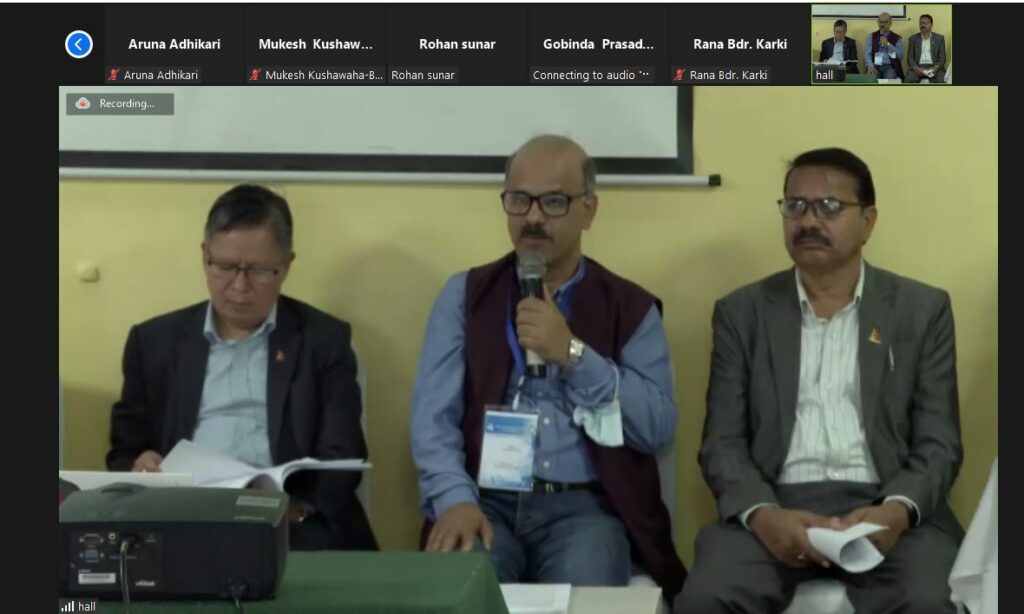 Freedom Forum Executive Chief Taranath Dahal presented major highlights of a study report on “National Status of RTI in Nepal: Status, Challenges and Way Forward”. He said SDG Goal 16 was designed as a unique feature to achieve other goals through governance reforms, accountability improvement and citizen engagement. “Universal access to information has been made an integral part of peace, justice and accountability. Without right to information guarantee, citizens cannot engage in governance process including oversight” Mr Dahal emphasized.

He highlighted that the new Constitution had enshrined good provisions ensuring fundamental freedoms in different domains, including right to freedom, right to live with dignity, freedom of opinion and expression, freedom of association and assembly and right to information to strengthen the open and democratic regime but their implementation aspect is withered.

“The Constitution has provided wider space and assurance but things are not getting translated into actions. Law and practice are two important things. The role of the State is crucial to put commitment into actions. CSOs role to provide effective watchdog is also equally spectacular”, he noted.

“Nepal is the 8th country wherein constitution guarantees the RTI and has the opportunity to showcase glaring examples of practice to the globe. But, efforts are not being made to that direction”, he said, RTI movement has seen several challenges in the span of 14 years since the law was enacted in Nepal.

Mr Dahal called for the State agencies to ensure access to internet to improve access to information in the present digital age. “If the internet and digital access are poor it would resultantly widen discrimination; it would be a challenge for the globe including Nepal to achieve SDGs”.

He also asked the National Information Commission (NIC) to develop national plan with targets and indicators to effectively implement the RTI and ensure access to information for governance reforms. 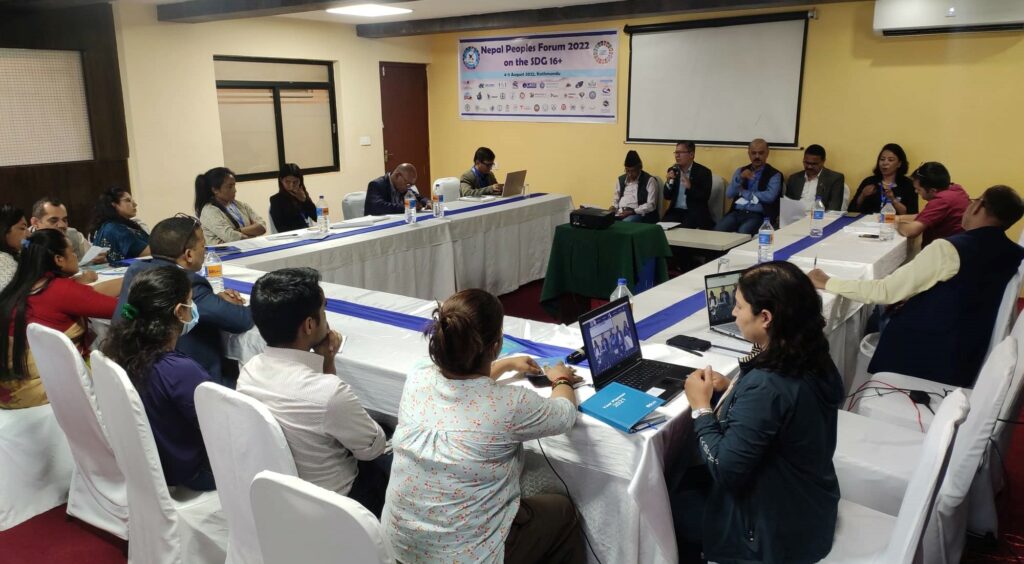 He underlined the need of equal access to information so as to develop our citizenry to engage in promoting accountability and checking corruption.

Mr Gurung expressed commitment to develop a national plan to implement right to information. “NIC has developed a software to track the RTI request. We are also mooting to develop a mechanism to monitor the implementation across the country”.

Chief of the National Network of RTI Mr Umid Bagchand expressed worry that though discussion on RTI among stakeholders is continuous, its proper implementation at local level is very poor. Many incidents of information seekers being attacked, threatened and harassed for using RTI at the local levels are worrying updates these days. Hence, wider awareness of the supply side is essential. This can be achieved when the nation changes its perspective towards implementation of RTI Act and brings effective plans and programs in favor of RTI practitioners.

Concluding the session, Chairperson at FF, Mr Hari Binod Adhikari called upon the supply side to be honest and aware of the RTI Act and citizen’s right to free access to information. They should also ensure free flow of public information and safety of the RTI activists which in turn, boosts RTI regime in the country.