You are at Home Stakeholders’ collaboration stressed to achieve SDGs 16.10

Freedom Forum hosted a discussion program entitled, ‘Overcoming threats of Media Freedom, Freedom of Expression and Access to Information’ on August 19, 2021 as a part of 2021 Nepal Peoples’ Forum on SDG 16+. The forum was organized by National Campaign for Sustainable Development (NACASUD-Nepal), a collective initiative of citizens to achieve SDGs at local level.

The objective of the event was to make the government bodies aware on the status of SDG 16.10.1 and 2 and seek commitment and collaborative efforts to achieve the goals. 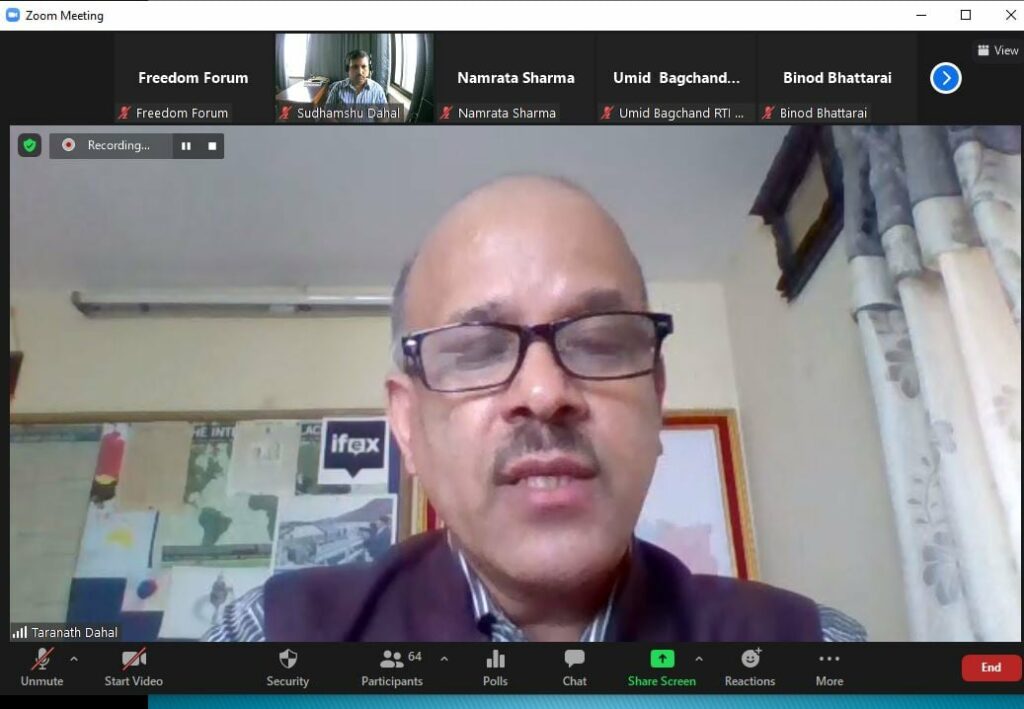 Starting the program, FF’s Executive Chief Taranath Dahal shed light on SDG 16.10 and shared the existing threats to press freedom, freedom of expression and right to information in Nepal. He based his presentation on FF’s media monitoring. He said 193 United Member states made declaration to achieve total 16 goals for sustainable development for social and economical development in 2015. Among those, goal 16 requires development of peaceful and equitable society where its citizens have equal access to justice. But it is sad that the government has not developed baseline indicators on these goals yet, he expressed worry. 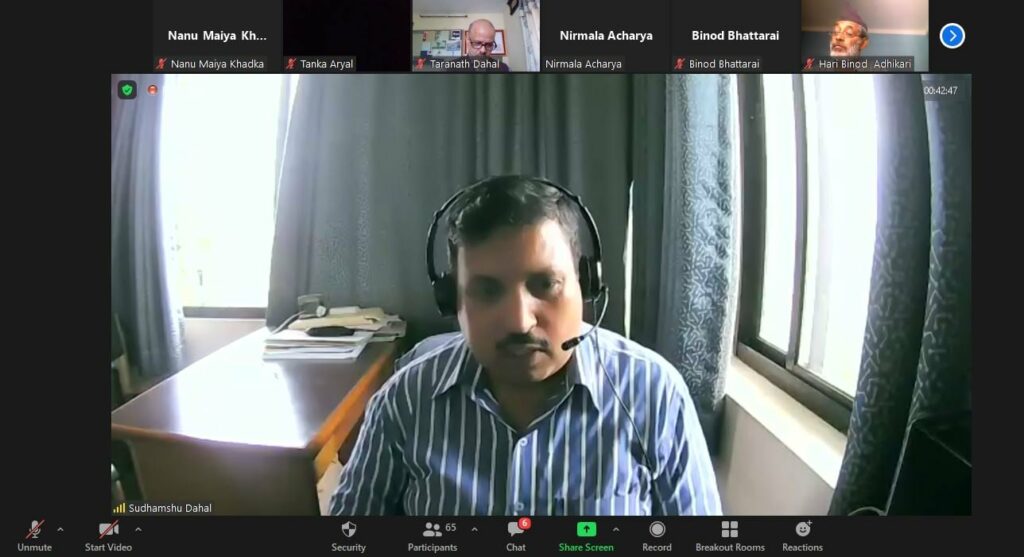 Additionally, he also stressed on the current threats to achieving these goals due to regressive policies and lack of awareness at the public bodies.

On this, Professor at Kathmandu University, Dr. Sudhamshu Dahal observed that though freedom of expression has always been an agenda of democratic political revolution in Nepal. But, government’s attack on journalists and free expression advocates is upsetting. Nepal has attained significant development on information and communication. Issues of data privacy should be studied well in the digital age, according to him.

Seconding Dr. Dahal’s observation, researcher Binod Bhattarai said that despite having the constitution in place, there are many regressive provisions relating to information and its free access. He also wondered why the government was reluctant to develop indicators on SDG 16.10. 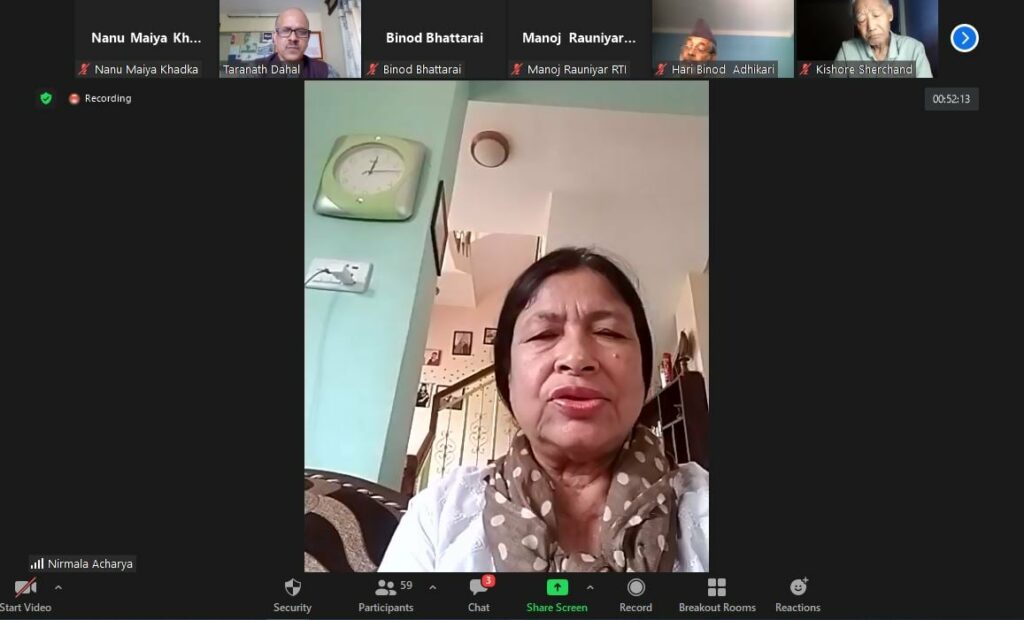 WJ), Nirmala Acharya added that safety threats to female journalists have increased in the wake of Covid-19 pandemic.

Speaking at the program, senior RTI activist from Sudurpaschim Province, Umid Bagchand, viewed, “SDG itself is new to most of the government institutions at the local level outside Kathmandu valley. So, such programs should be held at local levels for creating awareness”.

Senior journalist and columnist Ms Namrata Sharma argued that while political leadership has become hostile, critical space got shrunk. Digital space has been victim of misinformation and disinformation these days which is really worrying, she argued. 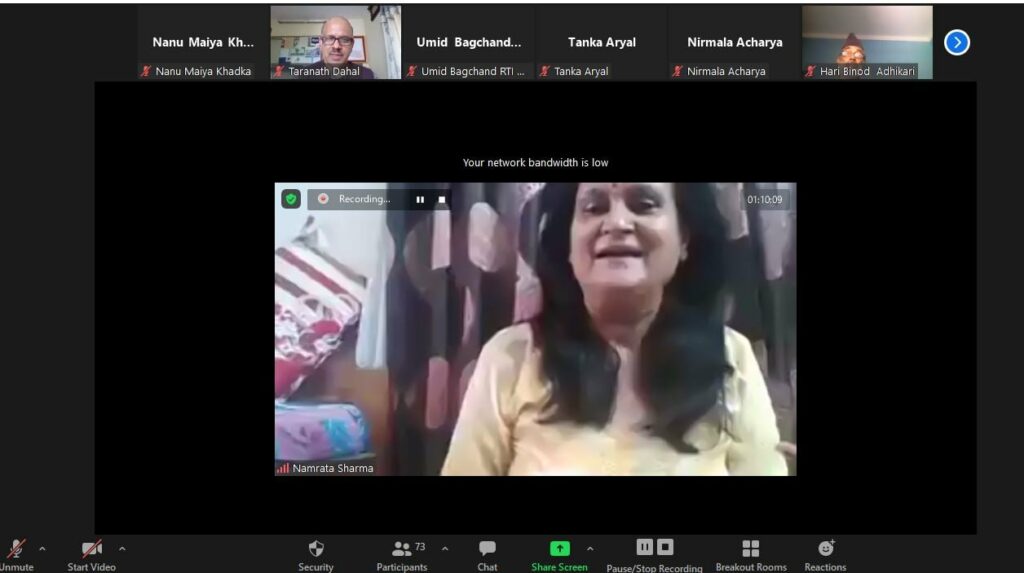 Moreover, noted journalist and RTI expert Dharmendra Jha claimed that RTI institutions were weakened and Press Council Nepal’s interference on media activities was a major threat of democracy. At this situation, civil societies should be able to question the government, he stressed.

Keynote speaker at the program, Dr. Kiran Rupakheti, Joint Secretary at the National Planning Commission, admitted that there were no indicators on SDG 16.10 1 and 2 and he committed to working together with the csos along with incorporation of the inputs from the program. 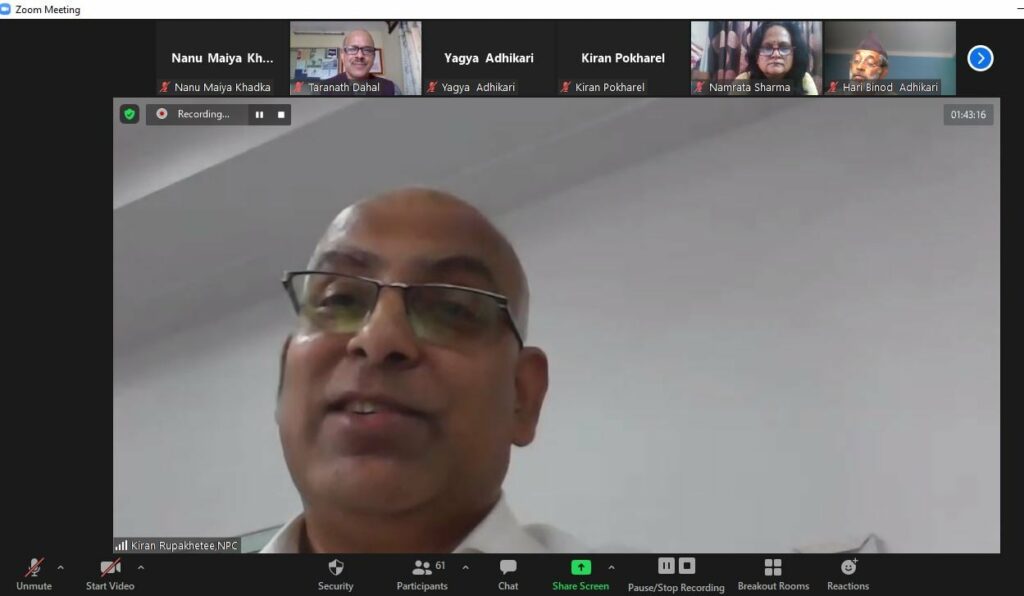 President at Federation of Nepali Journalists Bipul Pokhrel said that laws and policies formulated after promulgation of new constitution are more regressive that those of 1990 constitution which warrants attention. While the institutions are made weak, increasing political polarization have further threatened freedom of expression, he asserted. 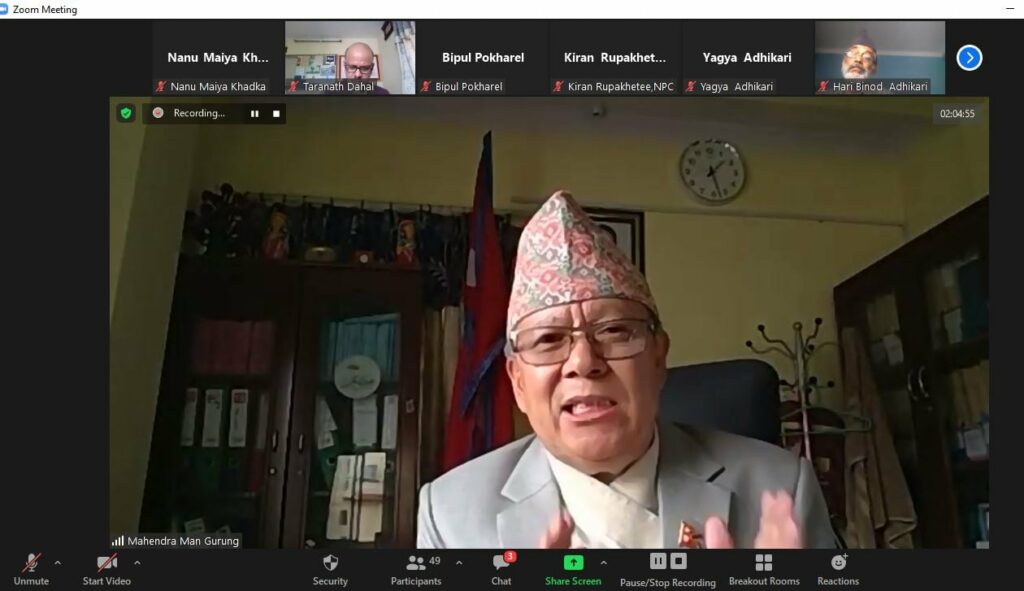 NIC is always committed to its service. This year alone, it has punished eight persons for violating RTI provisions.

At the end, FF Chairperson Hari Binod Adhikari said FF has been continuously working for promotion of RTI, and also informed that RTI was incorporated in the social studies subject of Grade 9. Concluding the program, he also called for active collaboration from the concerned stakeholders to achieve the SDG goals by 2030.

The program recorded the participation of 22 females and 45 males.