You are at Home RTI Circle Seeks Strategic Collaboration

A thematic discussion was organized on ‘Use of Right to Information, its Challenges, and Opportunities’ on July 24. The main objective of the event was to bring together the representatives of CSOs, RTI activists and experts from across the country to build the agenda and strategy of RTI, taking this as part of the open government partnership (OGP). Linking RTI to OGP is believed to ensure governance transparency and accountability.

This event was held under a part of the series of OGP thematic workshop. The dialogue was also expected to strengthen joint efforts of CSO’s, National Information Commission and RTI activists to strategically forward the use, challenges and opportunities of RTI in the present context of Nepal.

The speakers stressed the proper implementation of RTI by all public bodies highlighting the importance of proactive disclosure and easy access to information alo in the wake of crisis and pandemic, which is itself a huge public concern.

At the event, Chief Information Commissioner at National Information Commission (NIC), Mahendraman Gurung, delivered the keynote speech on importance of RTI, its status, challenges and opportunities along with future strategy. He also shared information about recent web-based study of NIC among 120 public bodies of federal government including ministries. Approximately 75% of public agencies have appointed Information Officer and only 25% have been practicing the legal obligations of proactive disclosure on time. Besides the weak proactive disclosure trend of public agencies, low level of awareness in both demand and supply side about RTI, information hiding culture, weak data protection mechanism in public bodies, no proper use of information technology, incentives to all RTI stakeholders and no classification of information are among the major challenges of RTI, he said referring to the study. 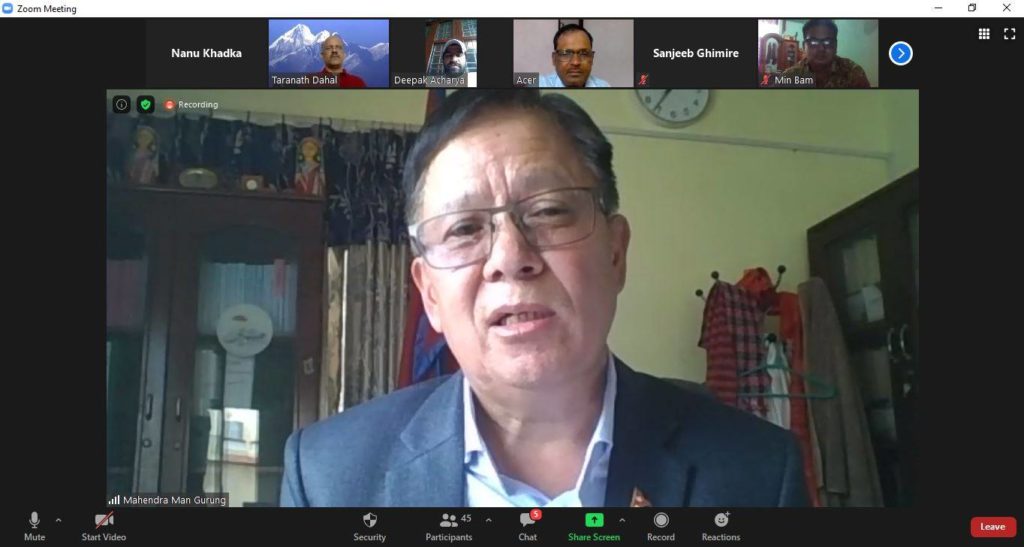 RTI as a multi-dimensional concept having strong legal backup, association with sustainable development goals, good global rating of RTI in Nepal, and the proactive verdict of Supreme Court of Nepal including others have however set landmark achievement in Nepal.

Participants of the event stressed that strategic and innovative methods of RTI must be developed to assure transparency in governance along with its structure in federal context.  Adding to this, the arrangement of e-court and video conferencing should be followed to deepen NIC role and RTI movement; proactive disclosure audit of public bodies are other issues to be addressed. Moreover the strategic collaboration between CSOs, RTI practitioner and NIC is must for better result. 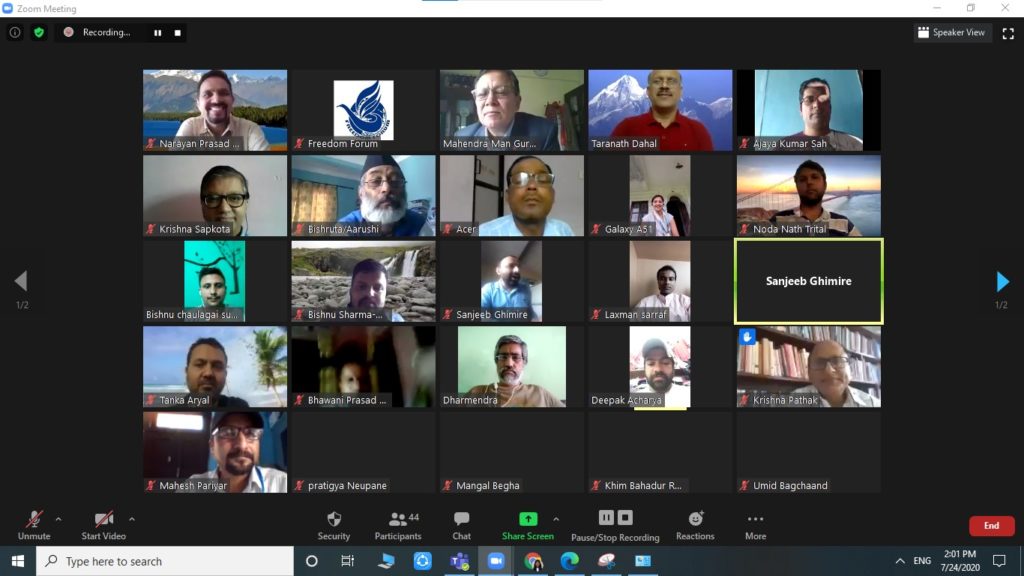 The virtual meeting was held as part of the program “Civil Society Mutual Accountability Project (CS: MAP)” with the support of FHI 360 and attended by 53 participants. Out of 53 participants, there were 8 females in the event.