Freedom Forum has been alarmed over the Bill tabled by the Ministry of Law, Justice and Parliamentary Affairs at the Parliament for amendment of Investigation of Enforced Disappeared Persons; and Truth and Reconciliation Commission Act, 2014, on July 12, 2022. 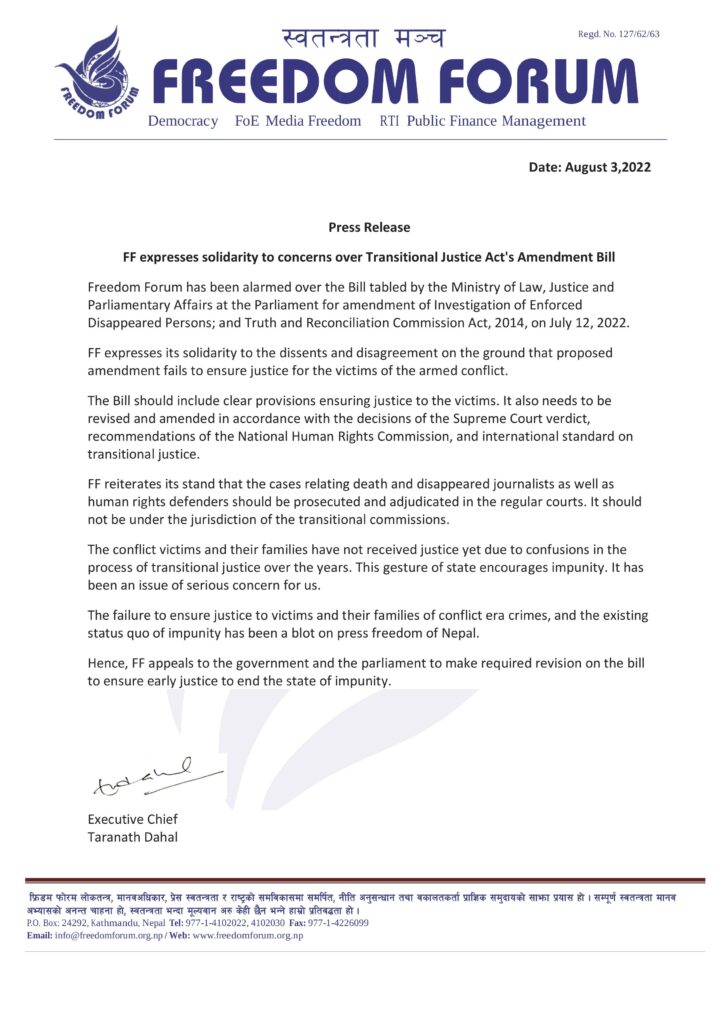 FF expresses its solidarity to the dissents and disagreement on the ground that proposed amendment fails to ensure justice for the victims of the armed conflict.

The Bill should include clear provisions ensuring justice to the victims. It also needs to be revised and amended in accordance with the decisions of the Supreme Court verdict, recommendations of the National Human Rights Commission, and international standard on transitional justice.

FF reiterates its stand that the cases relating death and disappeared journalists as well as human rights defenders should be prosecuted and adjudicated in the regular courts. It should not be under the jurisdiction of the transitional commissions.

The conflict victims and their families have not received justice yet due to confusions in the process of transitional justice over the years. This gesture of state encourages impunity. It has been an issue of serious concern for us.

The failure to ensure justice to victims and their families of conflict era crimes, and the existing status quo of impunity has been a blot on press freedom of Nepal.

Hence, FF appeals to the government and the parliament to make required revision on the bill to ensure early justice to end the state of impunity.