You are at Home About Freedom Forum

Freedom Forum is a non-governmental organization, working for institutionalization of democracy, protection and promotion of human rights, press freedom, freedom of expression and right to information in Nepal.

The organization was founded in February, 2005, barely few weeks after the infamous February 1 coup d’etat of King Gyanendra. A group of like-minded and democratically conscious professionals from media, law and academic backgrounds thought that something must be done to protect the hard-earned media and democratic rights in the country.

A website, viz, www.nepalpressfreedom.org was launched as part of an immediate campaign to disseminate factual information about the situation and developments in Nepal, as the Royal regime, backed by military support, imposed widespread censorship on media and curbed most of the democratic and fundamental rights of people.

All this while, the forum was yet to be registered formally, for the dictatorial royal regime had imposed stringent conditions for the registration of NGOs and other organizations, particularly those seeking to work on freedom of speech, democracy and human rights. Walking along with caution, dedication and firmness, the Freedom Forum however managed to be registered amid difficulties.

Indeed, the Forum is founded as a common forum for all to discuss/debate freedom-related issues and work in any way possible to uphold the cause of democracy, media freedom, human rights, as well as on the question of promoting socio-economic well being of people. Since, its establishment five years back, It has emerged as a prominent national organization in promoting democracy through dialogue,research, training and campaign. Likewise, the Forum has substantial working experience and expertise on media policy reform, press freedom monitoring, media research, good governance. The Forum has brought out numerous books, research, journals, newsletters, periodic reports and analytical papers on various themes and produced and aired different radio programme across the country. freedom Forum had lead role in charting out “Agenda for Change on freedom of Expression” that includes long-term plans for the strengthening of freedom of expression in Nepal.

Initially, Freedom Forum campaigned for the cause of ‘free media’ by disseminating information on the situation of press freedom in Nepal during the King’s direct rule, through the website www.nepalpressfreedom.org. Although the website was in a preliminary stage, it disseminated information mainly on the cases violating press freedom in the given situation that was quite repressive. It also covered issues relating to human rights abuses and police brutality against journalists and free media activists.

What’s more, the promoters of this organization were involved in monitoring the state of press freedom and human rights abuses following the Royal takeover of February 1 even as the organization was yet to be registered. Now the organization is already marching forth as one of the few professionally competent independent forums working in the areas of democracy, media freedom, human rights and development in Nepal. 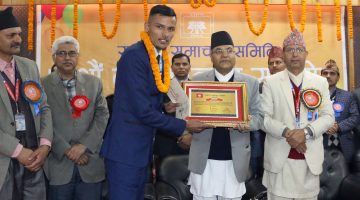