You are at Home Assaulting free speech 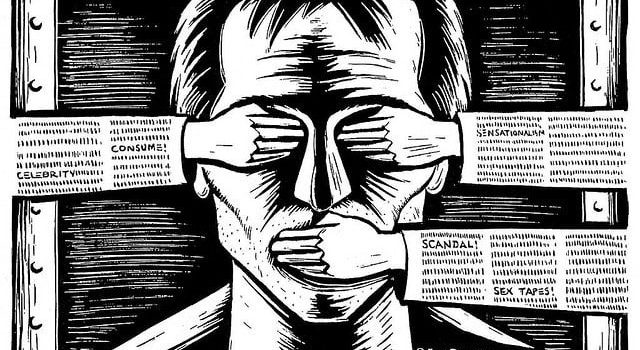 The Nepal government recently tabled ‘Information Technology Regulation Act’ in Parliament. This bill aims to replace two existing technology laws: The Electronics Transaction Act 2063 and the National Technology Development Board Order 2058. The government hopes that these pieces of legislation will support its intentions to develop  and expand information technology infrastructure to enable easy access to information technology to the general public. According to the Minister of Communication and Information Technology Gokul Banskota, the bill is introduced to defend and protect the constitutionally guaranteed fundamental rights of individual privacy and consumer protection.

The bill defines ‘crime and offense’ through the Information Technology medium and also proposes a procedural approach  for tech-related investigations and judicious processes. Fines ranging from five to 15 lakhs and prison sentences from one year to five years are proposed. Most of the Information Technology-related offenses will be categorized as criminal offenses and will be prosecuted by government authorities under the code listed in the Criminal Procedural Act 2074.

The bill, after being tabled in Parliament, has been received controversially for its ambiguous regulations on social media.  The legislative attempts to curb free expression online has garnered much attention and public discourse. Specifically, Article 91 requires people operating social networks to be registered in the Information Technology Department. The government has also devised legislation to ban ‘unregistered’ social networks.

This ambiguous provision creates more confusion than clarity on how social networks are supposed to operate legally, which has left the public flummoxed. The proposed definition of social networks vaguely incorporates ‘any computer and internet-based interface’, which only adds more uncertainty as to which platforms can be classified as social networks. It also leaves ample room for interpretation with high variance and possible misuse.

Article 94 details six categories of content which are forbidden to be disseminated via social networks. The first category forbids expressions against national security, national unity, and sovereignty, a relation between the federal units, provocation of hatred in regional, communal and religious issues, among others—which are legitimate restrictions on freedom of expression according to Article 17 of the Constitution of Nepal.

The second category restricts broadcast of ‘contents with provocations of the caste based discrimination, contempt of labour, harm on law and order and public morals and integrity’. However, this category also includes some novel restrictions which are not defined as legitimate restrictions in Article 17.2.A of the constitution.

The third category restricts communications and broadcast materials with the intentions of denigration, deceit, discouragement, vituperation, provocation of hate and contentions, and hoodwinking. The language in this provision is very subjective in nature and is thereby open for personal interpretation—which simply widens the space for misuse. Such egregious provisions may be misused by the authorities conveniently.

The fourth category prohibits the sharing of content with intentions of defamation which is quite reasonable.

But it seems rather redundant as the Criminal Code contains its own defamation law.  This also demonstrates the control-oriented intentions of the government.

The fifth category restricts the publication, broadcast, and exhibition of advertisements and sales of prohibited materials through social networks. However, the existing Consumer Protection Act and the advertisement regulations are already in place to oversee these types of offenses.

The final category of the restriction leaves an open-ended window for any activity against the proposed act. These offenses carry punishments up to five years of jail sentence and Rs.15 lakhs of fines along with punishments dictated by other existing laws. These offenses would be also classified as  state crime, which comes as a shock as most of these actions are just along the lines of civil offense. This has resulted in heavy criminalization of freedom of expression regulations in Nepal.

The provision of Article 88 is related to the misuse of electronic systems. This theme is itself very ambiguous and can be interpreted as an attempt to regulate for internet-based mediums and devices based on expression or journalism. This provision is a tightened copy of Article 47 of the existing Electronic Transaction Act 2063. There are four categories: The first two are the same as the categories of social network regulations stated above.

The third category restricts the use of electronic devices in the aid of human trafficking, kidnapping and drug abuse which are also already regulated by criminal code. And the fourth deals with advertisement and sales of prohibited materials. Upon cursory examination, this article may not seem like a direct threat to freedom of expression. However, similar provisions have been misued to curb online journalism and free expression against the government.

Along with several other issues, Article 83 related to cyber bullying, Article 85 on sexual harassment, Article 86 of pornography, and Article 87 on deceit are very vague, redundant, and open to misuse. The provisions already covered by the existing criminal law in this act are not relevant to be included in an information technology law as criminal law.

The provisions in chapter 11 related to ‘privacy and data protection’ are also redundant as the parliament had already passed the Individual Privacy Act amidst controversy and discourse last session. This bill is again introducing the few conflicting issues on privacy which were satiated by the privacy act.

Therefore, the tabled Information Technology bill needs to be heavily reformed in order to align with its claimed objective of ‘maximising technology for nation building and achieving prosperity’. As such, the draconian provisions, which are against freedom of expression, internet freedom, and democratic values, should be amended to reflect the  spirit of the constitution.

This calls for more public discourse, more attention, and further proactivity by lawmakers and political leaders. If the bill is passed as it is, it will have catastrophic effects against civil rights and democracy.